What could go wrong for a burglar such as yourself on a night like this?

You could be suddenly diagnosed with OPTIC NEURITIS and go completely blind!

This game was made in under 48 hours for the second GMTK jam. The theme was "genre without mechanic". This game is a stealth game, except you can't see anything and must rely on sound clues. I had a lot of fun working on this game and I hope you enjoy it.

Game made in Unity

I cant hear the sound and my Volume if on 100 Can you fix this bug Please?

I Meant On not if.

Glad there are still Mac game developers, tired of using Wine, VMs, or BootCamp whenever I want to play a stupid game. My Mac is more than capable of running games, it actually runs quite a few of them WAY better than most Windows gaming laptops and considering it's a MacBook with a stupid Intel chip that's really good, it's perfect for gaming, game developers are just two caught up with themselves and stubborn to make games for the Mac, some of them are just Microsoft Stans but still, I mean can't we all just embrace the future? ARM is becoming superior Microsoft's going to support it soon, BootCamp should hopefully come back after the whole Snap Dragon chip thing ends(they have some deal or something) Macs are better macOS is way less power heavy, Energy Efficiency is key, Intel brought their own failure upon themselves, move on!!!!! Sure I may have some bias, but that doesn't mean what I'm saying is wrong.

Metal is better than others, I've played games on both Apple platforms using Metal, and played them on other platforms that can't use Metal, Metal looks so much better, don't believe me, try Sky: COTL on macOS on an M1/M1 Max/M1 Pro/M1 Ultra Mac or any over Apple product, and then try it on the NSX(Nintendo Switch).

Swift is the future, it runs on macOS, iOS/iPadOS, watchOS, tvOS, Ubuntu, CentOS, Amazon Linux, and (Microsoft )Windows. I'm not saying if someone already knows a programing language they need to learn it, but if someone is about to learn one, why learn a hard, and non-universal one?

Yeah I really hate Windows (and Microsoft) and it annoys me as well when a game is exclusive to Windows for seemingly no reason other than that the developer didn't bother to port it to other OS's. I get why they do it (Windows has the biggest user base by far) but still annoying.

Most of my games were made entirely on a Macbook, which is why I almost always make sure I have a mac build.

(Also while writing this comment I noticed the screenshot I used in the background for this page has a tiny glimpse of the High Sierra wallpaper around the edge, somehow I never noticed that before lol)

Great game! I'd love to see more content and this is a very original concept. Definitely going to follow.

but you cant see because your blind!

The sound isn't playing for me. I'm on Firefox 61.0.1 on an Ubuntu computer, if that means anything. Checked my sound with some of the other games and they work fine.

Sorry about that but I can't help you 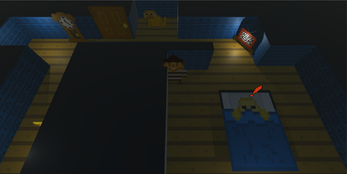 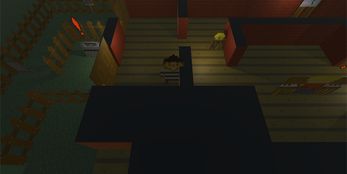 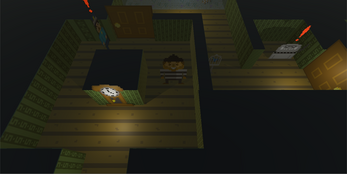 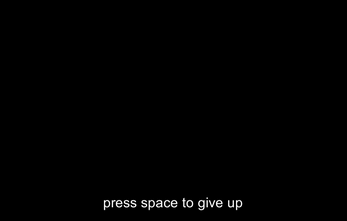 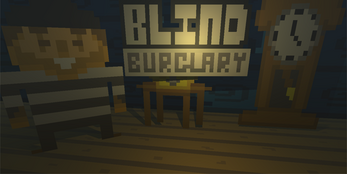