NASA has discovered a small sapling growing on Mars!!! But trees don't grow without water. NASA scientists have been hard at work creating an advanced piece of technology known as CLOUD. This cloud's job is to collect water from a nearby cave and deposit it on the tree to make it grow.

Navigate with the mouse. Press space to summon a lightning bolt to destroy enemies. Safely bring two cloudfuls of water to the precious tree to make it fully grown. Every time you die, the terrain is randomly generated.

Created for Weekly Game Jam 78, the theme being "Grow".

i did it because there was no enemies

Its alright so far. I think it's kind of unfair that enemies are quick, and i dont really like the cave bit.

Love the art style and the music, but two things make the game mostly unplayable for me: 1. The speed at which the enemies fly. They enter the screen so quickly that you have no way of dodging them, and the lightning only aims down so if they come in above you (what usually happens), you die. 2. The random generation of the enemies. A lot of the time the enemies are already on top of you when you start the game, and you die instantly. Maybe consider some sort of code that deals with proximity to the player? Maybe the enemies' velocity would be lower until the player enters x proximity, and then the enemy essentially "targets" the player? I'd also probably think about two changes to the player character. 1. Increase velocity so the character doesn't feel quite as sluggish, and 2. Add a "scoot" mechanic, in which you press x button and the velocity will accelerate rapidly for a moment, allowing the character to kinda zip forward every time the button is pressed. Maybe with a cooldown?

Just some thoughts. Great work guys. :) This game has a lot of potential. 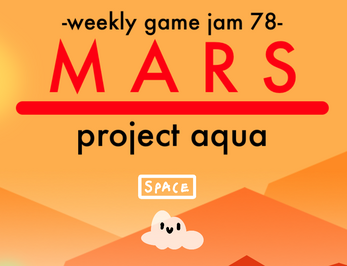 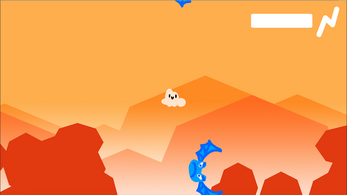 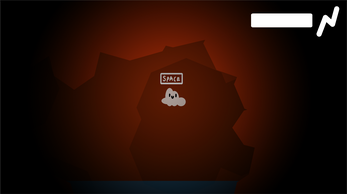